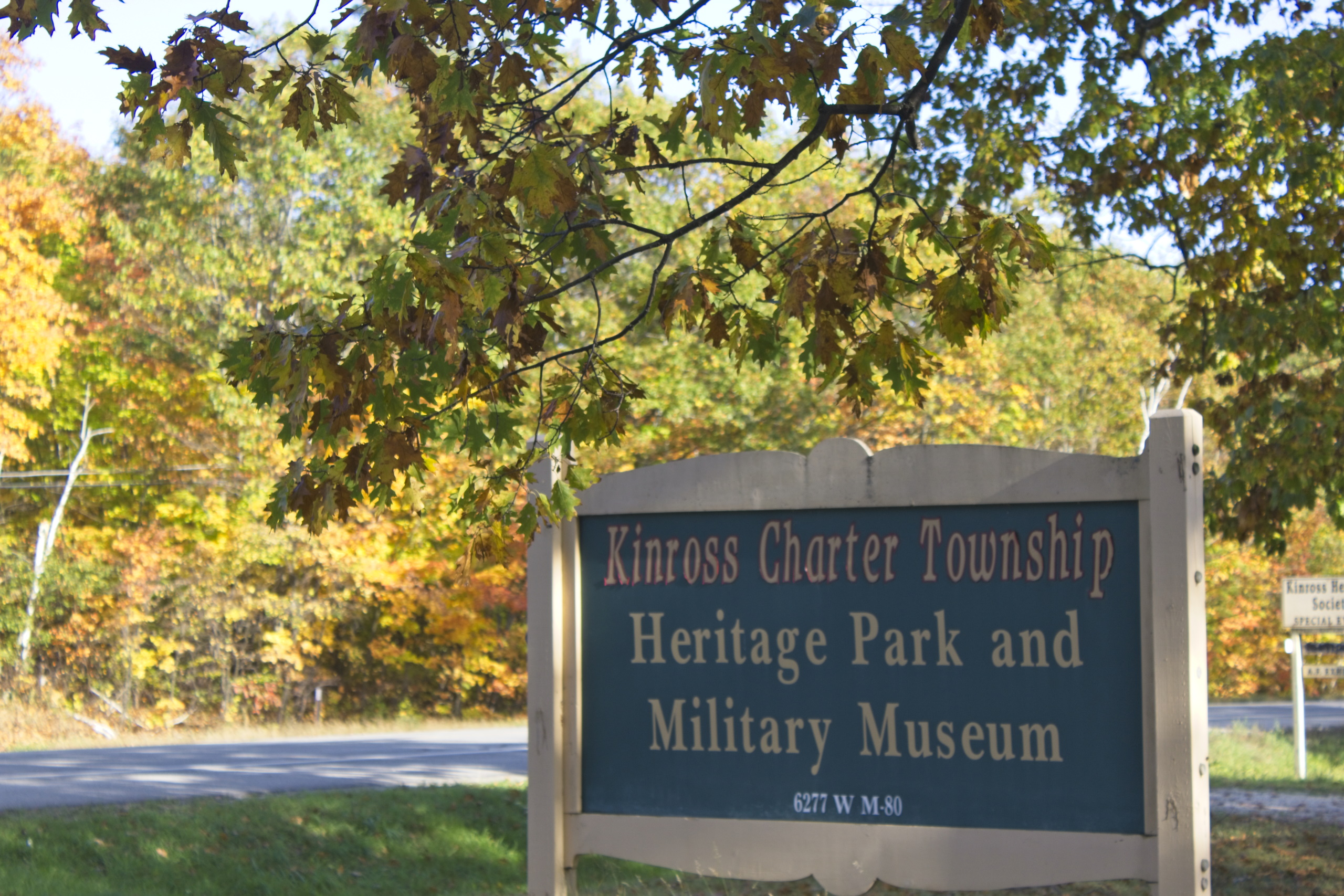 The Museum features pioneer farming, logging and household artifacts. Displays include a shoe repair shop, barbershop and a blacksmith shop. It also includes a used bookstore and a gift shop.

Local crafters and heritage members staff the Museum. In the park you will find a one room schoolhouse built in 1902 and a log cabin from 1882. There is also a 1/2 mile nature trail on the site to enjoy. 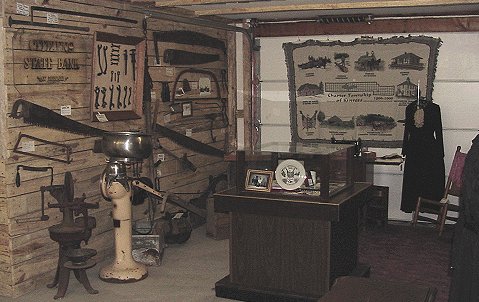 The Kinross Heritage Society was organized in September 1981, and incorporated in May 1982.

Our first project was to find a permanent home for the OLD WILSON SCHOOL.

The first site was on Tone Road near the Kinross Correctional Facility, but negotiations for a long time lease of the site fell through and another site was needed. Kinross Township then offered us a 99 year lease on 20 acres of land across from the KINROSS COMMUNITY PARK.

The school was permanently sited, and efforts were made to restore it. It took five years, and in 1987 a dedication ceremony was held, opening the school to the public.

A 1/2 mile NATURE TRAIL has been laid out for us by the Sault Naturalists Club, and has been maintained ever since.

Our next was in receiving and preparing for display a gift from the Beacom family of two buildings containing four fully equipped shops: shoe repair, barber shop, blacksmith, and carpenter shop. The two buildings themselves were of no historic value, and were later replaced by a larger, more secure MUSEUM building to house the contents of the four shops. 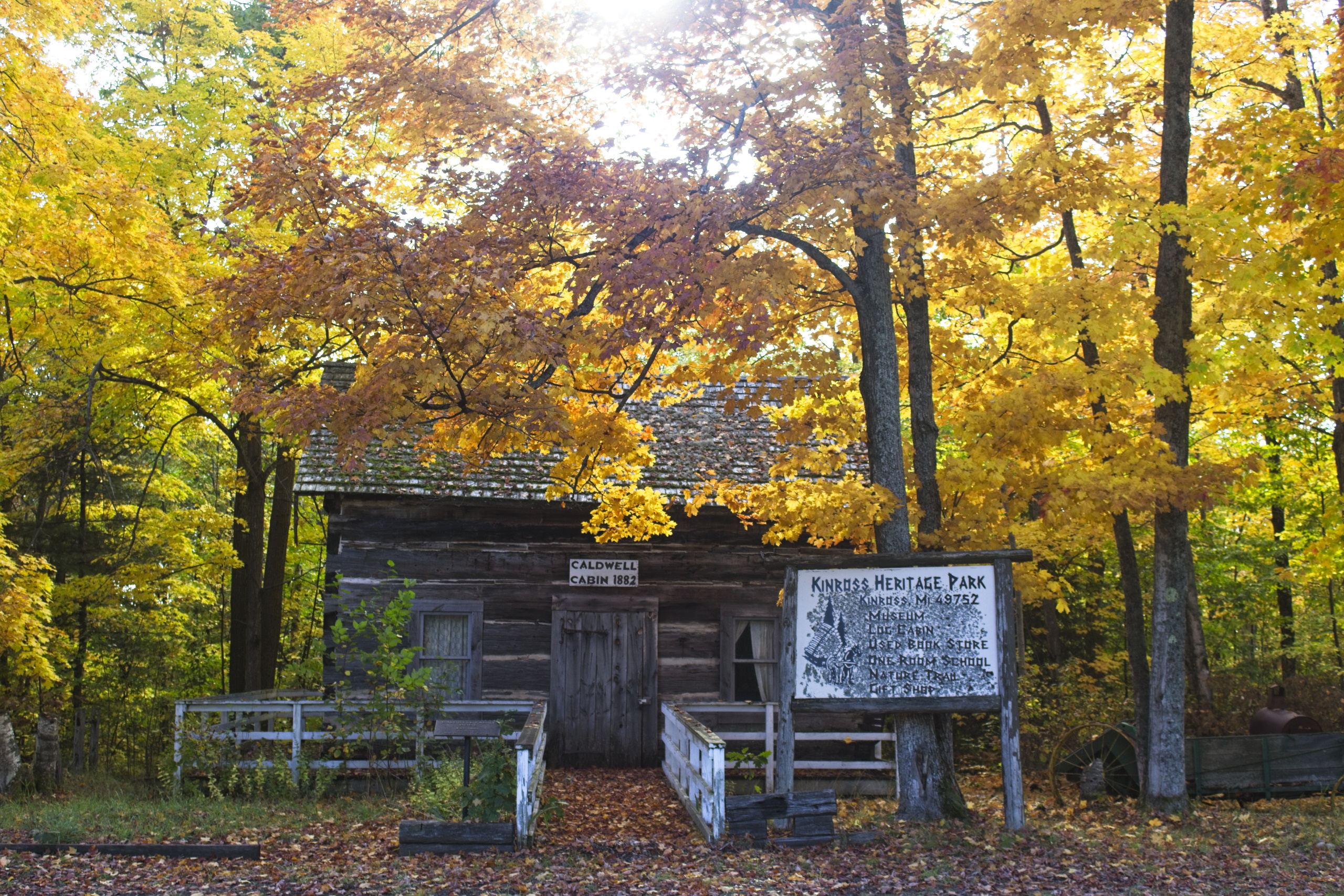 We have two major fund raisers per year, a booth at the Chippewa County Fair and the Annual Art & Crafts Fair in October. Other sources of income are membership fees, bake sales, book sales and donations.

We have been granted tax exempt status by the IRS. A copy of the (C) (3) is on file at the Kinross office of Huntington National Bank.